Live Music at Happy Hour in the Dallas Arts District

There was a great crowd for Happy Hour at The Artisan on Friday. The beautiful people of the Dallas Arts District came to unwind after work and enjoyed a delicious signature cocktail, tasty tapas and live music on the Terrace Bar.

Ricky Arechiga, of Serendipity Labs and his acoustic covers of singer/songwriters such as The Lumineers and Leon Bridges, created the perfect laid-back atmosphere to kick-off the weekend.

Ricky grew up in a musical family. He fell in love with music when his father taught him to play guitar at the age of 13 and has been playing ever since. He especially enjoys entertaining when he can introduce someone to an artist they haven’t heard before. As an artist, Ricky draws inspiration from his time as a New Yorker, explaining that it allowed him “to appreciate space, life and the everyday movement of people.” 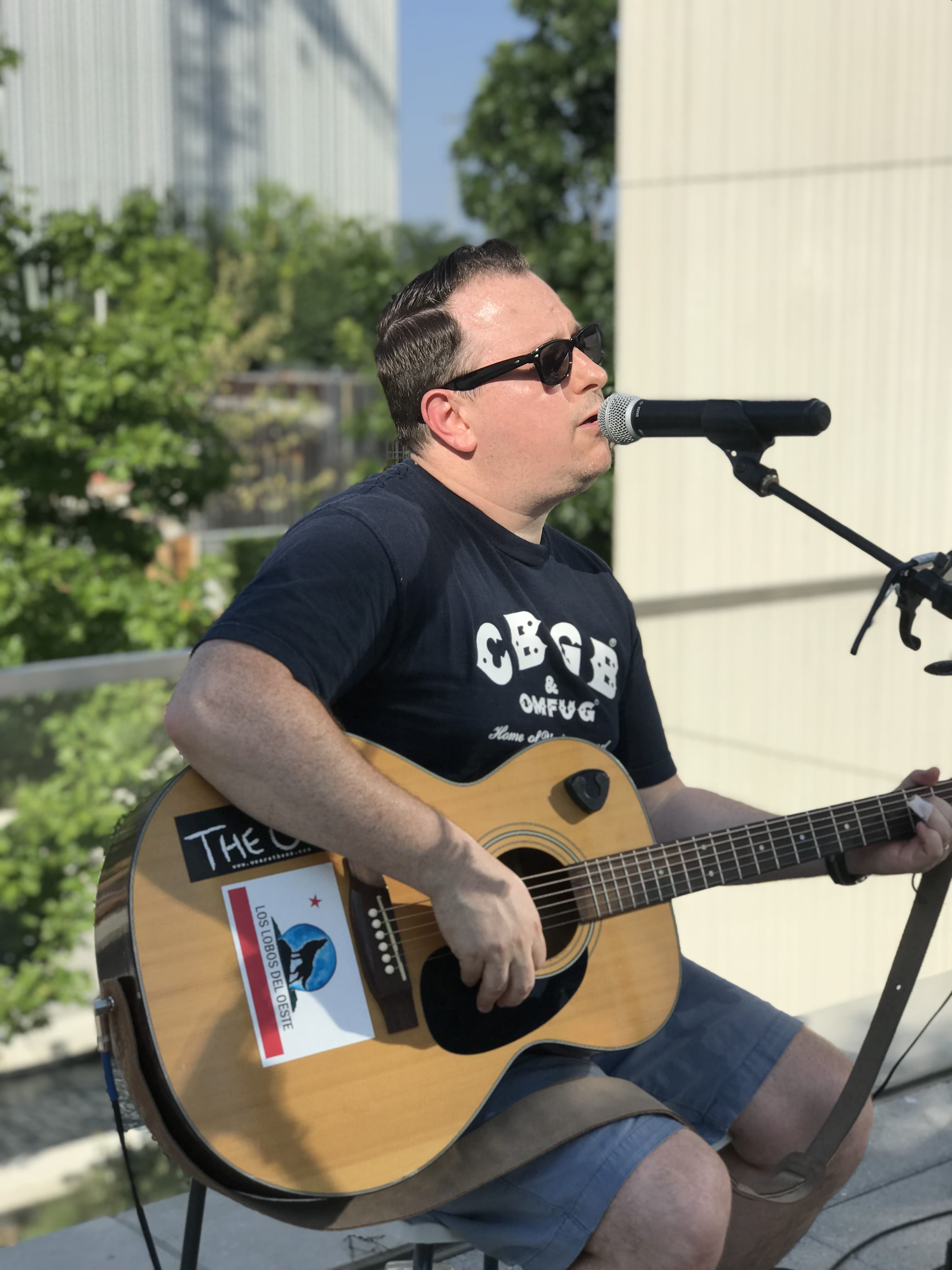 As General Manager and Event Director for Serendipity Labs, Ricky came to know The Artisan as a guest and corporate catering partner. His favorite thing about The Artisan is its staff because, “Holly and the team, including the managers, care greatly for their product and the people they serve.”

Couldn’t soak up enough of Ricky’s music at Happy Hour? Check out his YouTube Channel: https://www.youtube.com/user/ricky1856

In addition to hosting weekly Happy Hours at the Terrace Bar, The Artisan serves freshly brewed bistro-style coffee at a kiosk in the lobby of the KPMG Building at HALL Arts. Beginning in July 2018, The Artisan’s craft kitchen will serve a variety of chef-prepared, locally-sourced dishes in its market-style restaurant concept.

The Artisan is located in the heart of the Dallas Arts District at the KPMG Plaza at Hall Arts. Our market-style restaurant offers a stylish and fun environment where guests can enjoy fresh, locally-sourced foods prepared on-site daily by our incredible culinary team.

The Terrace Bar is the perfect setting to enjoy handcrafted cocktails, premium wines, and local craft beers with an incredible view of the beautiful Dallas Arts District. Visitors to the Hall Arts Plaza can enjoy bistro-style coffee service provided by The Artisan at our modern kiosk, located in the lobby of the KPMG Tower.

Our beautiful event spaces at the Terrace Bar and Sculpture Walk host upscale gatherings for our corporate clients, social events, and the arts community.